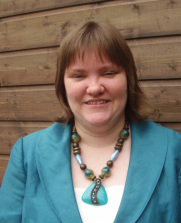 Pamela lives in Northern Ireland and shared her home with her dad until he passed away in September 2013.  On 8th August 2014, she married her husband William Aiken.  William and Pamela met through the ministry and William became very much involved in the work; travelling to Africa with Pamela and her dad before their marriage.  Pamela has two brothers who are both married.  One lives in England with his wife, the other in Northern Ireland with his wife and 2 sons. Her mum went to be with the Lord when Pamela was just 14.  As a result of this experience, Pamela trusted the Lord as her personal Saviour.  At the age of 17 she responded to the call of God to full time Christian work and, a few years later, entered Bethel Bible College which was associated with her home church, Portadown Independent Methodist Church.  In the past, Pamela has been actively involved in the Church as a Sunday School Teacher and organist as well as being involved in outreach teams for many years.  Following the death of her dad; Pamela moved Churches and began to attend the Independent Methodist Church in Omagh along with William.  It was here the couple married and continued to attend for over 2 years following their marriage before the Lord led them to worship in Mourneview Assembly, Lurgan where they have been receiving good teaching and fellowship. Following her Graduation from Bible College, Pamela spent almost 4 months in Guinea-Bissau, West Africa.  Since then she had a love for Africa. Her passion has always been working with children.  After a number of years the Lord redirected her steps and guided her to work in child care.

The Lord spoke to Pamela about the land of Kenya during a missionary meeting in May 2005.  Over the coming months the vision of Feed My Lambs was born. Along with her dad, Pamela travelled to Kenya for the first time in July 2006 where they met many local people who shared the vision of reaching boys and girls and who gradually became involved in the ministry.

Pamela now uses her training and experience in child evangelism and practical child care to reach the children of Kenya and also to train Pastors, Sunday school teachers and those who work in other settings with children.  She is currently based in the UK and promotes the work of FML there as well as preparing more training and generally directing the work.  She was also involved in the running of the market stall from December 2008 until that part of the ministry ended in May 2014.  She travels to Kenya and Uganda with William as often as the Lord allows and they continue to seek the Lord's guidance for their future life together and ministry within FML. 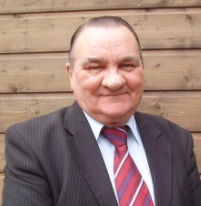 Cecil is the father of Pamela.  She is the youngest of his 3 children, the others being Philip and Jeff.  He has two grandsons.  Married to Pamela's mum Betty, sadly he was widowed after she passed away just a few months after they celebrated their 25th wedding anniversary.  Betty was saved in 1976.

An electrician by trade, Cecil took early retirement in the year 2000 after some health problems.  However, he set his heart to study and a number of years later he graduated with a Doctor of Theology degree.  He is also a volunteer marker of SOON courses and was a very faithful Treasurer in his local Church for 25 years as well as a Sunday School Teacher, a position he held for nearly 20 years.

Cecil accompanied Pamela and William to Kenya and is encouraged by the progress of the work.  He also assists at the FML market stall in Portadown, Northern Ireland

CECIL WENT TO BE WITH THE LORD ON 27TH SEPTEMBER 2013.  HE WAS A PERFECT EXAMPLE OF HOW TO SHOW UNCONDITIONAL LOVE AND TOTAL COMMITTMENT TO THE WORK OF GOD.  HE WAS, AND ALWAYS WILL BE, A MAJOR AND INFLUENTIAL PART OF FEED MY LAMBS.....HE WILL ALWAYS BE PART OF THE TEAM.....AND NOW IN HEAVEN, HE WILL BE REJOICING WITH CHILDREN WHO HAVE COME TO KNOW THE LORD THROUGH THE WORK OF FML. 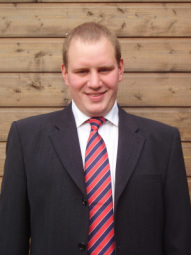 From a farming background, William is the second eldest of 6 children.  Having 1 brother and 4 sisters.  Brought up in Omagh, Co Tyrone, he was a member of Omagh Independent Methodist Church for many years.  Following their marriage on 8th August 2014, William and Pamela continued to attend the Church until the Lord led them otherwise.  William was saved at the age of 14 and has a determination to do the Lord's will in his life.

Whilst being involved in farm work and labouring, he also does some gardening, hedge cutting, plaster mouldings and fits doors and windows etc.  Not only does this bring in a small income for William and Pamela, it also has helped him to relate to many Pastors and Christian Workers in Africa who have work alongside their ministry.  As this work is on a self-employed basis it leaves William very flexible and able to prioritise ministry.

William used his experience in the building trade to join work teams with UFM to Ivory Coast, West Africa on two occasions.  After hearing Pamela share the work of FML in his Church prayer meeting in October 2007, William volunteered to join a practical team to Kenya in July 2008.  It was while he was there that the Lord challenged him about the work among the children and subsequently led him into the work of FML.

In May 2016, William graduated with a diploma from The Irish Baptist College after completion of a 3 year part time course.  William found this course to be of great benefit in his personal spiritual development and in the his ministry within Feed my Lambs.

William has been a valuable asset in the work of the market while it was in operation.  He is very much in the will of the Lord in leadership in FML along with his wife and is looking forward to being involved in the development of the ministry of FML in the future; both in Kenya, Uganda and in the UK. 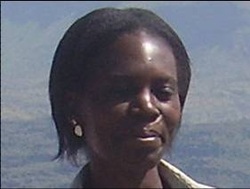 Joyce has proved to be very faithful and dedicated to the work of God since Pamela first met her when she was a student at the first FML teacher training seminar in Nairobi in July 2006.  During the seminar, Joyce was very enthusiastic and participated very well.  It was during that week that she indicated her desire to work with children.

A short time later Joyce moved to live in the Nakuru area of Kenya and was quick to introduce the work of FML there.  She has been our official representative in that area since the beginning of 2007 and has been responsible for enrolling hundreds of children on our correspondence course.  Whilst in the area, Joyce has been faithful in marking and distributing lessons and encouraging others to be involved as well as holding children's rallies and providing more opportunities for boys and girls to hear the Gospel.

Joyce says, "I like ministering to children because I don't want them to be lost.  I want them to know Christ while they're young."

On 28 August 2010 Joyce married Pastor Augustus in a beautiful ceremony in Western Province.  They are now living not far over the border in Uganda with their three children.   Joyce continues to work with FML and is now responsible for Uganda and some of Western province, Kenya.  We trust that the Lord will continue to bless this new family as they labour for the Lord.

Trustees, Committee and Other Volunteers

Feed my Lambs Children's Ministry is managed by a number of Trustees/Officials.  We also have a number of Committee members with specialised experience who assist and advise in aspects of the work.  The Trustees/Officials and Committee are made up of born again believers from UK, Kenya and Uganda.  We have quite a number of volunteers who work with us throughout our areas of ministry.  Some are distributors of lessons and some are markers of Bible Lessons.  We appreciate prayer for wisdom in considering applications for all roles.  We appreciate prayer as we make decisions and seek God for His will.